The incorporation of the two-time world champion is a motivating lever for the team, of which MAPFRE is one of the main sponsors in the framework of the alliance with Renault.

The Renault DP World F1 Team has announced the signing of Fernando Alonso for the coming seasons, an addition that not only reinforces the racing team at a sporting level, but also in terms of motivation, given the strong historical and emotional bond between the team and the driver. Renault and Fernando won their two world championship titles together in 2005 and 2006.

MAPFRE maintains great prominence in the Renault F1 Team, being one of the main official sponsors of the automobile team. The MAPFRE brand figures prominently on the sides of the car and also on the front, as well as on the drivers’ uniform.

However, the alliance between MAPFRE and Renault goes beyond sports sponsorship and allows both companies to advance in the joint analysis of mobility solutions and services linked to the role of insurance in the future of the automobile, has served to deepen the promotion of MAPFRE brand and values worldwide. 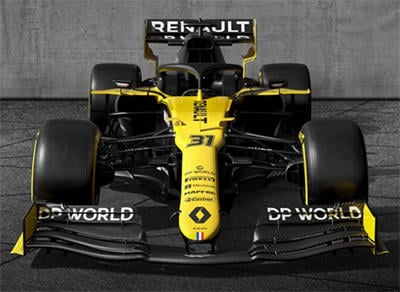