The documents that will be treated and preserved with the support of MAPFRE MSV Life are two manuscripts dating to the sixteenth century. These are attributed to notary Giorgio Zelivo and both are bound with a much earlier dated recycled parchment cover containing Medieval Greek Byzantine text. Such recycled manuscript covers are very rare to come across. One of them features part of a sermon by Ephrem the Syrian whilst the other features part of a homily of Saint John Chrysostom, both dating back to the twelfth century. A third manuscript that will be treated and conserved is a ‘bastardello’ register from the records of the eighteenth century notary Paolo Camilleri. Due to the short supply of paper and parchment, this volume has made use of playing cards as sewing supports, a feature that is a very unusual in early modern bookbinding.

Speaking during the sponsorship presentation, Mr. Galea said, “We are delighted to support the Notarial Archives Foundation in its endeavours to preserve the historical documents at the Notarial Archives. These are documents which provide a unique insight into the lifestyle of Maltese society over many centuries and constitute an important part of our heritage”.

Dr Joan Abela thanked MAPFRE MSV Life for their support and said that it was hoped that more private individuals and institutions follow in the footsteps of MAPFRE MSV Life and take part in the ‘Adopt a Notary’ scheme which seeks to ensure that our nation’s paper heritage is preserved using the highest international conservation standards.

The conservation treatment of the documents will require surface cleaning, paper repairs, ink consolidation, flattening and cover repair amongst other interventions. Protective enclosures will be created to house the volumes safely and securely. 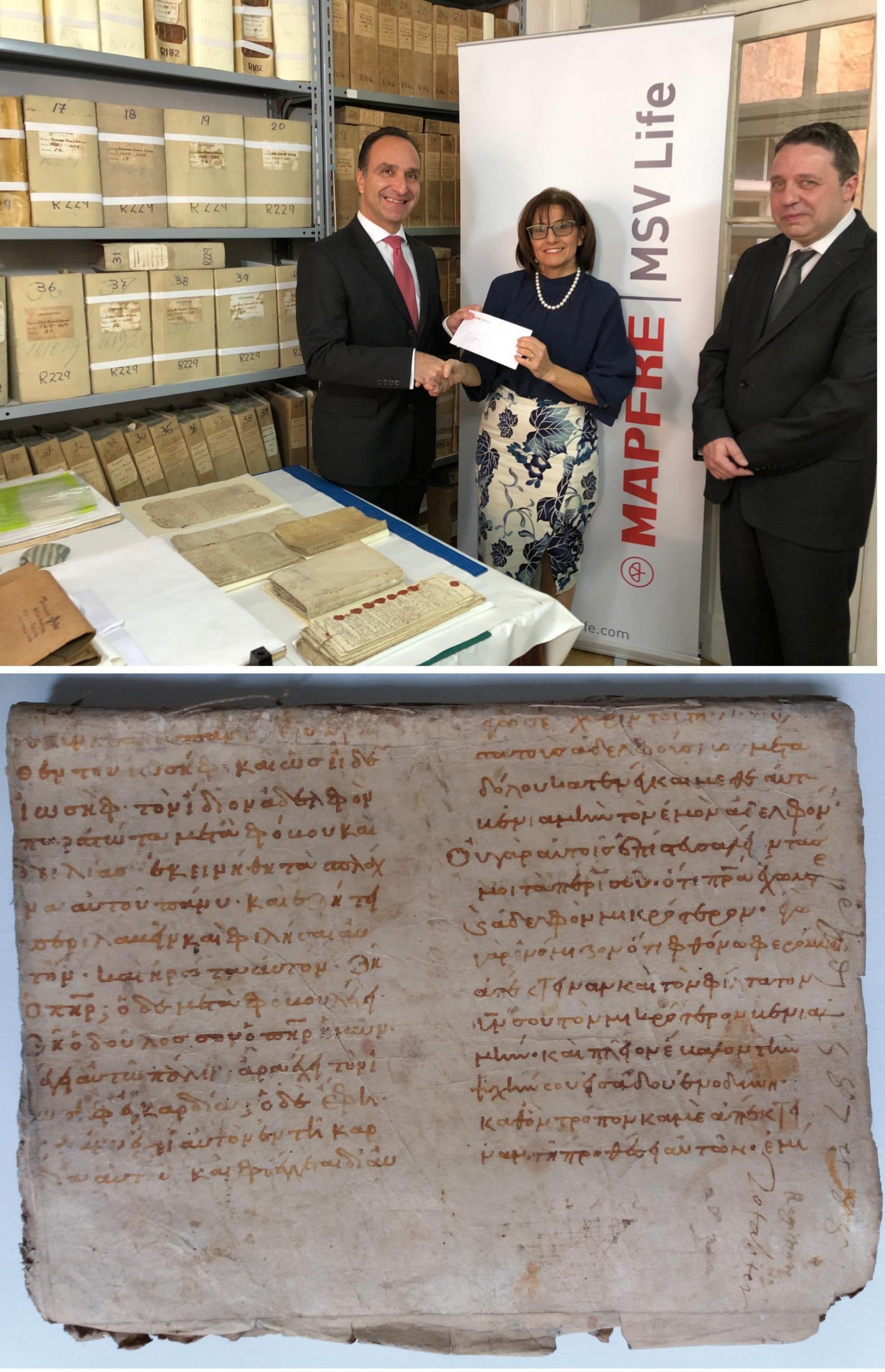