MAPFRE was the sixth largest European Non-Life insurer in 2018

According to the 2018 edition of the annual ranking created by MAPFRE Economic Research, the company is among the 15 leading European insurance companies.

In the study, published by the Fundación MAPFRE, the group holds eleventh place in the global ranking, and sixth place among non-life insurers.
AXA remains in first place with 96.31 billion euros in premium volume and 4.6 percent growth in 2018. The 15 leading European insurance groups collected 584.6 billion euros in premiums, 1.6 percent more than the previous year, but against a backdrop of high catastrophic loss experiences for the second consecutive year. 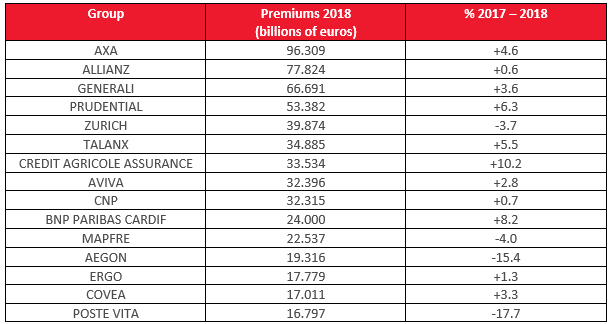 The impact was most notable on the income statement: The aggregated operating results of all the insurance groups included in the ranking decreased by 19.9 percent in 2018—falling to 27.34 billion euros. 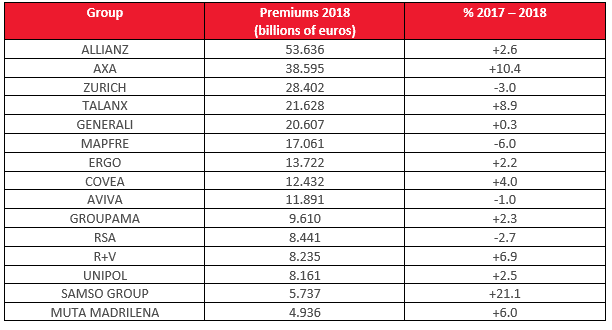 In the Non-Life sector, the Economic Research report highlights a 2.9 percent increase in premiums across the 15 main entities, up to 263.1 billion euros. The German company Allianz once again tops the ranking in the non-life sector, with a premium volume of 53.36 billion euros.