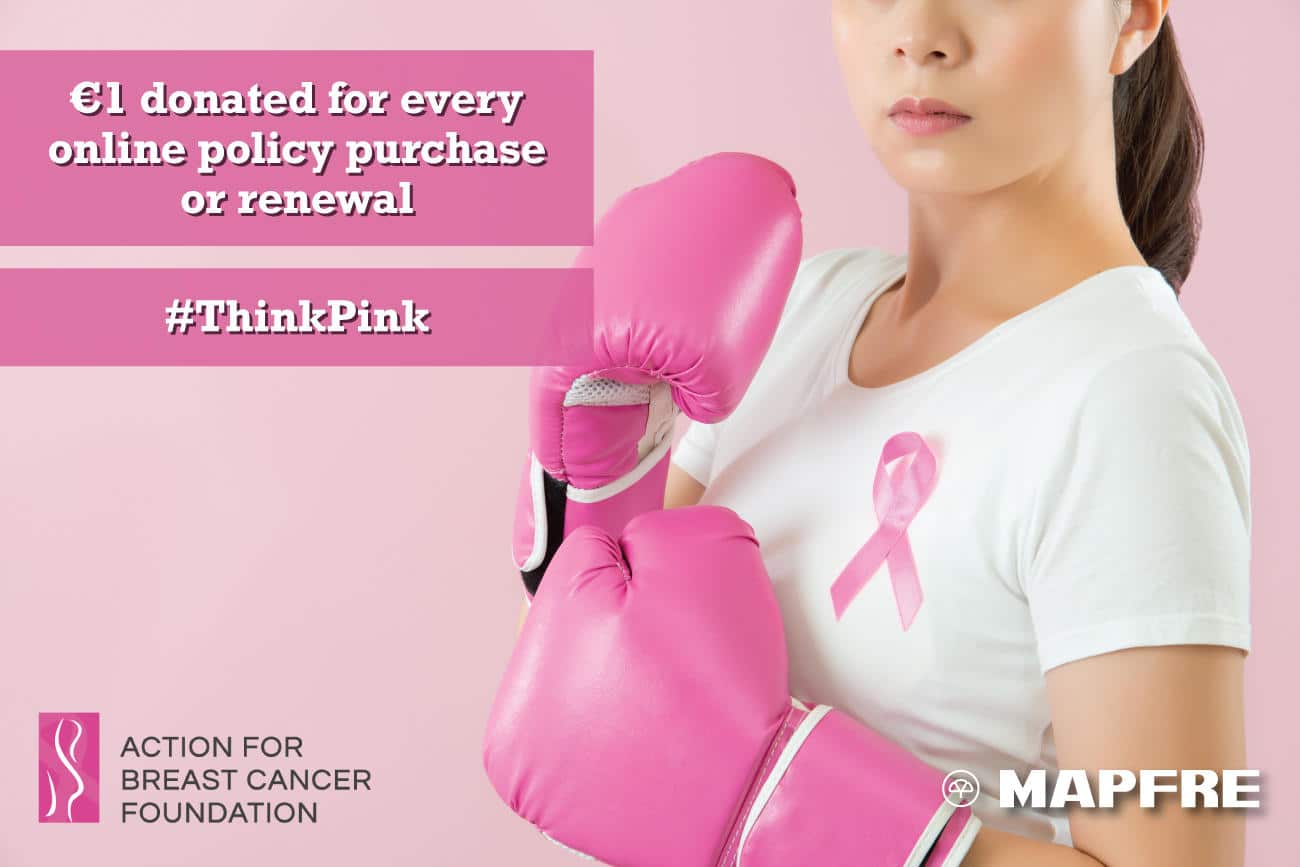 October has become synonymous with Breast awareness campaigns and MAPFRE Malta has once again contributed towards the cause by collaborating with the NGO for the second consecutive year in order to raise awareness regarding the prevention and/or early detection of breast cancer.

Founded by Helen Muscat and Esther Sant, Action for Breast Cancer Foundation is a non-profit organisation that provides support to those undergoing the condition by collaborating with other entities in order to raise funds and generate awareness towards the cause. The colour pink has become a symbol of the fight against breast cancer and MAPFRE joined this cause again by adding pink to its corporate website and profiles across all its social networks in conjunction with the company’s #ThinkPink campaign.

“We feel privileged to be collaborating once again with Action for Breast Cancer Foundation in raising awareness towards the cause. The level of dedication shown in the work they do is nothing short of admirable and inspirational”, said Ana Cristina Zammit Munro, Chief Marketing Officer at MAPFRE Middlesea.

The #ThinkPink campaign emphasized the importance of regular self-examinations so that the possibility of survival may be significantly improved. MAPFRE Middlesea collaborated with Action for Breast Cancer Foundation by donating €1 for every online policy purchased or renewed throughout the month of October, as well as offering several preventive medical services through its health insurance in order to be able to diagnose breast diseases early.

The aforementioned awareness, information and prevention initiatives will continue to form part of the MAPFRE Healthy company corporate model, which aims to improve the health and well-being of its employees and their families.

MAPFRE refers to MAPFRE Middlesea p.l.c. (C-5553) and MAPFRE MSV Life p.l.c. (C-15722). Both entities are authorised under the Insurance Business Act, Cap 403 of the Laws of Malta and are regulated by the MFSA.